As one of my human’s friends, Lisa, who is a veterinarian, says:

“It’s all fun and games until someone ends up in a cone.”

Well my adopted brother Mike has ended up in a cone (the official name is an “Elizabethan Collar”). We are not sure yet how long he has to wear it and I am trying my best not to make fun of him (I am really struggling…).

He has a situation going on with his hindquarters and he is not supposed to lick the area while it heals. I would provide you with more details but my humans are in the healthcare field and have taught me about Protected Health Information (PHI) and I do not want to violate Mike’s “PHI”.

(However for a couple of biscuits I would spill the beans).

Initially Mike fell into a “cone depression” and was moping about the house: 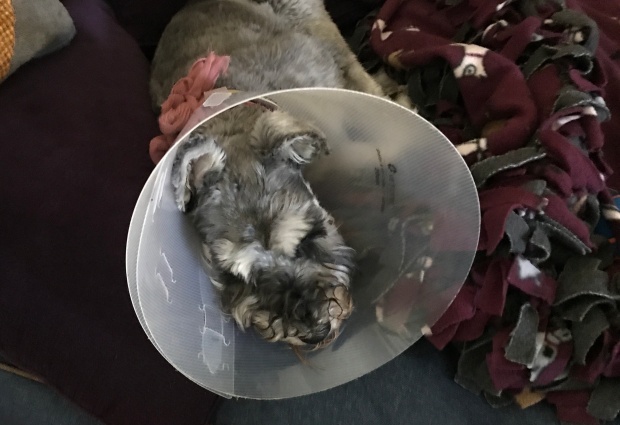 After a couple days in the cone, he has gotten used to it and is playing ball with it on (it gives the humans a nice target area to throw the ball to!) and has integrated it into his life: 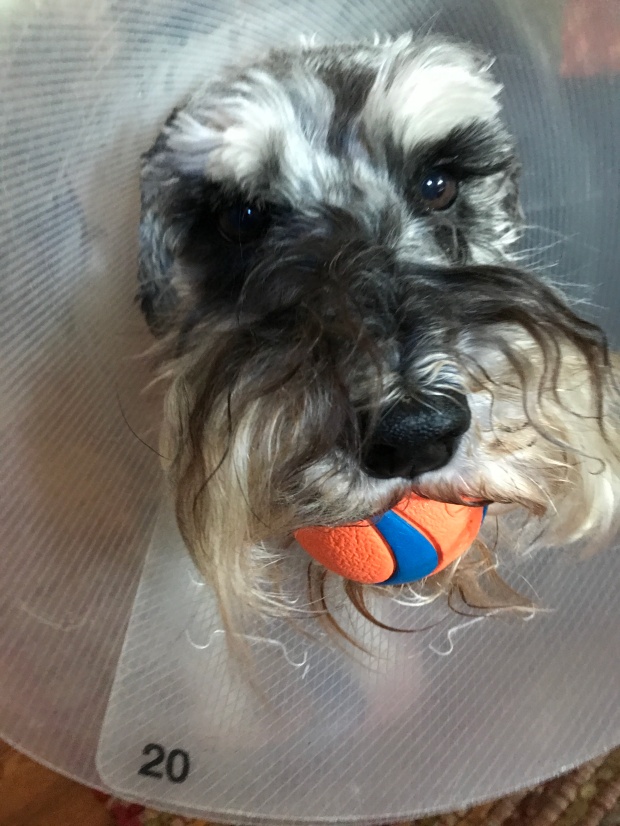 Cone, no problem, I can still get the ball! 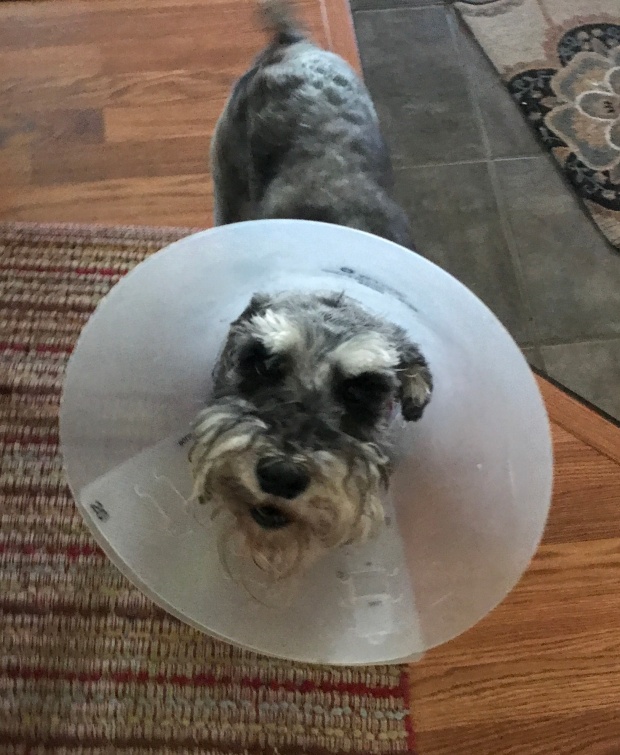 The humans are having trouble keeping Mike’s beard clean as he gets everything stuck in his cone and his beard from playing ball. He always looks like he has been “on a bender” but it is just a temporary state.

I know about “karma” and about what “goes around, comes around”, so I will continue to not to make fun of him as I do not want to end up in a cone someday! Of course I am not sure about the humans, they might end up in cones as they keep coming up with new nicknames for Mike like “Cone Boy”!

9 thoughts on “Schnauzer in a Cone”